Called the “Small Hall” due to its small size towards the concert hall – only 300 seats – this space has been designed to meet the elites and scholars. The balcony room carries out on three sides of the door. The walls are paneled with polished black oak, decorated with floral motifs. The central stained glass called “Gabriel Bethlen among scholars” has as subject the Transylvanian prince and the other two present life aspects of Prince Francis Rákóczi II.

The chandeliers falling harmonious overall space discreetly illuminate the room so as not to disturb the atmosphere that the concert room emit. Over time there have been concerts were plays were staged and used as a rehearsal room for the Conservatory. In the modern era, it proved to be a large space for communication sessions, symposiums, and musical evenings. 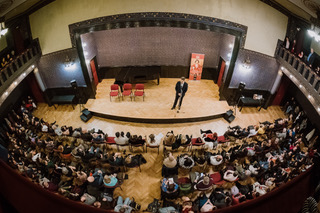 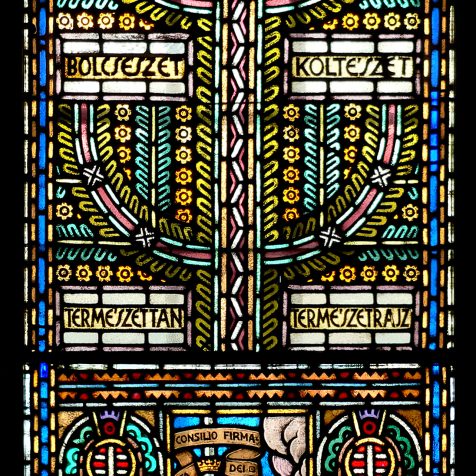 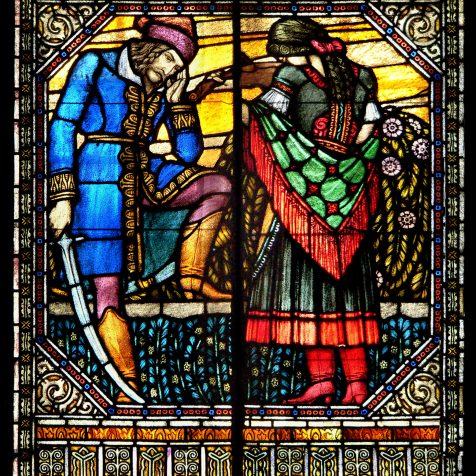 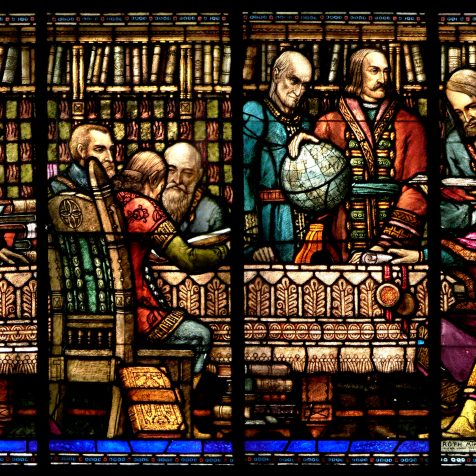 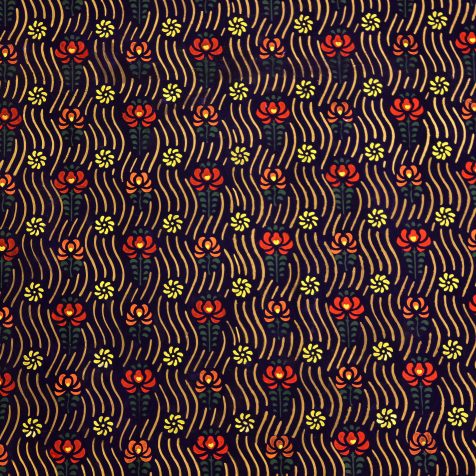 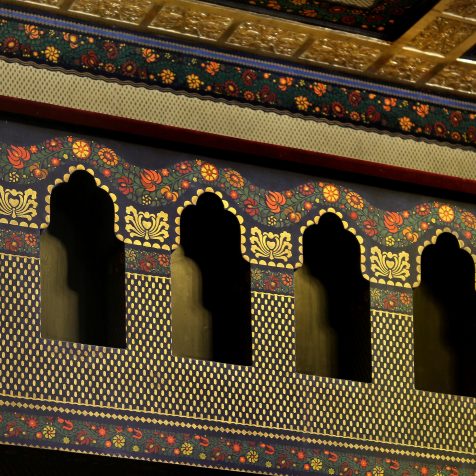 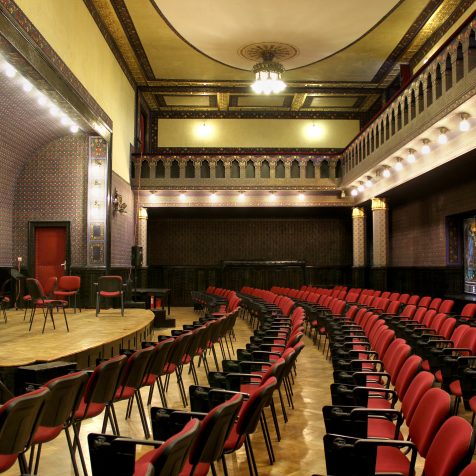