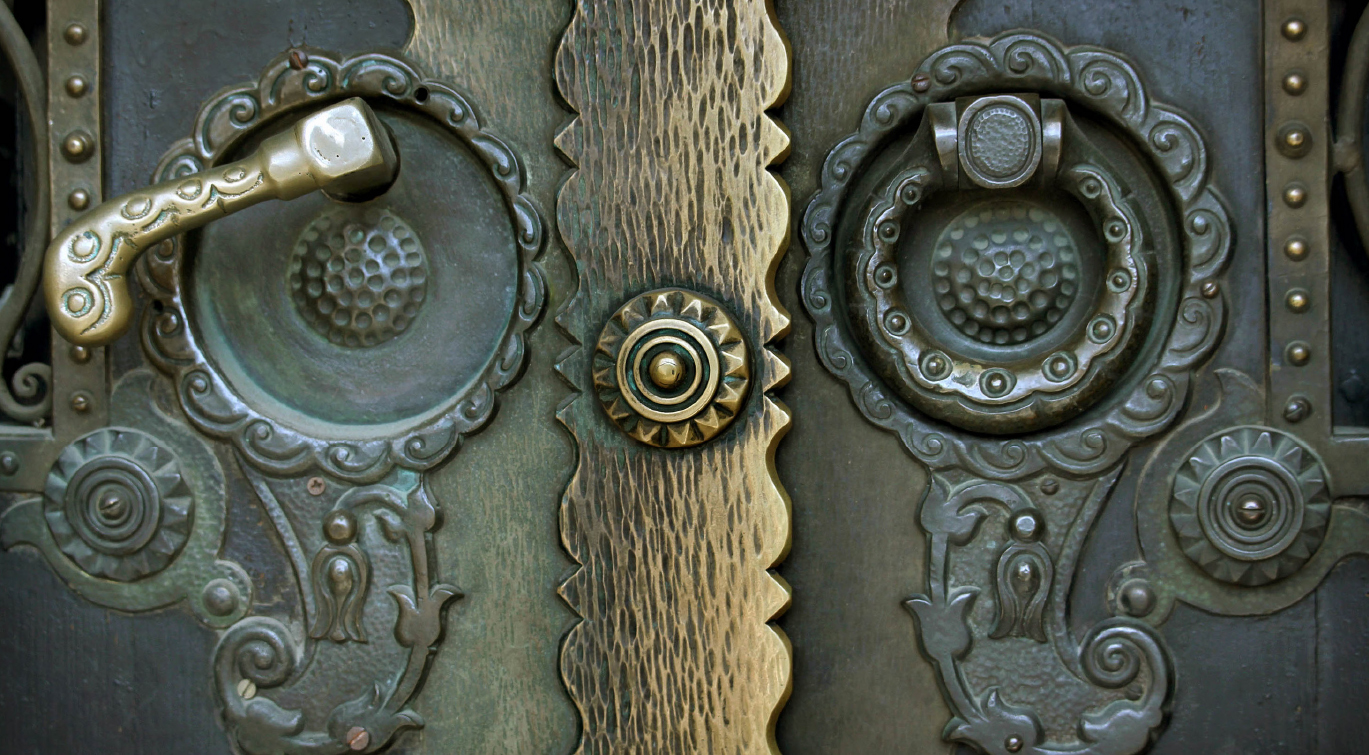 The log records the story of the ship that would not let go of her dream. She would not let go as you should not let go of your dreams. It is that celest anchor whose arms holds the mast draped in the most giving white sails, starched by the white of salt, blue and green of sea, dolphins and gulls, and also reed, reverently impregnated by mixtures of sweet-sower spices, of tamarind and nutmeg, hot feelings of mustard and cumin. She holds the caresses of the hands of people you are going to meet: the sailor, the longshoreman in his reverence, the cabin boy, the Wise Man of the Sea and his family, the humble boat man in his blue tunic, the great Poseidon, the cat on deck, the gobbler pike and the artist.
Levente Csatlos comes forth with the proposition of a plastic dialogue with a method in its playfulness, the dialogue between Eliade’s Mith of Ethernal Come Back and Romain Gary’s Roots of the Sky. In this dialogue the brush is turned into an Axis Mundi perpetually remanding the viewer of the importance of dreams and myths and inner life without any profane explanation. Of the story. Of the need for stories as cradle of the soul. The need for feeling, for joy and meaning without searching for a reason.
Levente shows us the road trodden with the vibrant vitality of the artist who has never forgotten to offer himself the privilege of wondering and the smile of it while discovering, hoping and playing. Without any of these, whatever our discoveries might be, they would stare blind, mute and deaf, unable of giving and forever sentenced to not dreaming.
The Country in the Middle of the Terrestrial Field is the place where Levente comes forth with his soul in his palms. And also with his paintings. That is the place where everything is lived, felt and offered for you to enjoy and dream of. His painting is the place where crystalized matter gave birth to wonderful stories of the sea, her sailors, and all the civilizations that sailed it in timeless succession as Alakalufs, Minoans, Vikings, Venetians or humble boats of most humble fishermen. His paintings also offer another thing: an overwhelming sense of contentment. And admiration. Most rare feelings. And all these stories and feelings are dedicated to you, to the Seas and to Life accompanied by that pinch of humor coming from cat in three colors roaming onto the canvasses almost tipping jars with paint in it, or the sickness closely related to the number of bottles of rum in your cabin, or the giddy little fish with lipstick on, not to mention the gobbling fuchsia pike.
So it is a game. A serious game as I was saying. It is also an invitation for the Sign of the Mainsail. At home, and his home is the entire Universe. 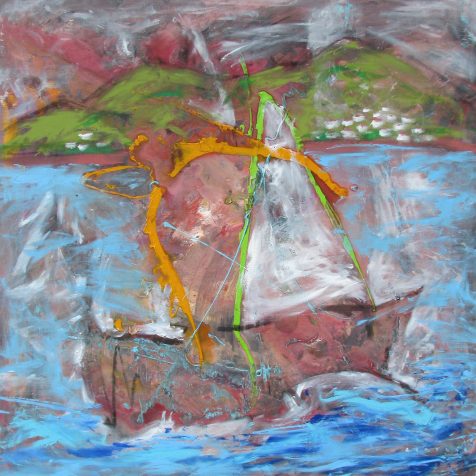 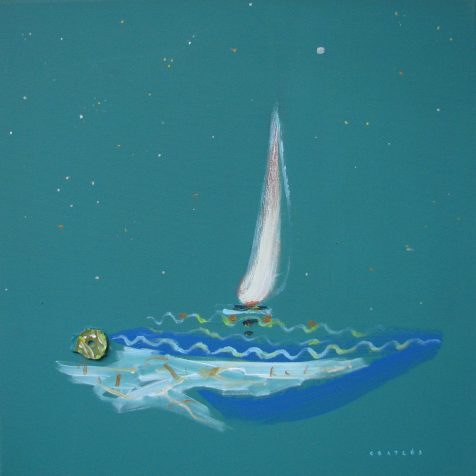 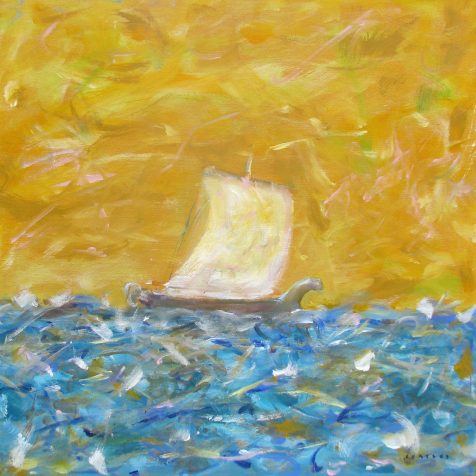 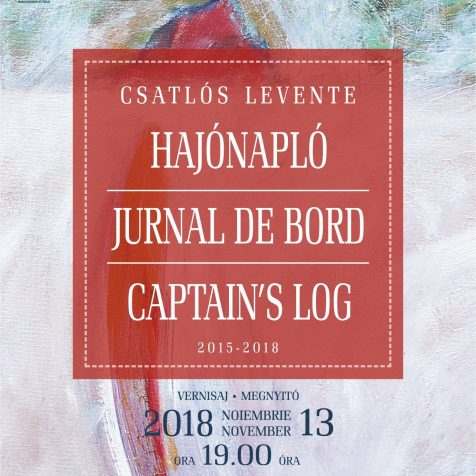